Posted by Walter Davis at 10:01 PM No comments:

Posted by Walter Davis at 10:00 PM No comments:

Posted by Walter Davis at 9:59 PM No comments: 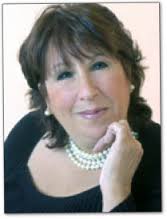 THE STATE OF THE SCIENCE

DENIAL OF THE EXISTENCE OF LYME DISEASE / AFFIRMATION

ORGANIZATIONS  - ILADS - IDSA WHO THEY ARE/ WHAT YTHEY DO

WHEN PT'S WITH LYME DISEASE ARE NOT TREATED  -
CHILDREN

CONSEQUENCES TO PATIENTS  -TREATMENT AS A PSYCHIATRIC ILLNESS

Listen to an earlier show with Dr. Jessica Hayman on the subject.
Listen to our radio show on Lyme disease herehttp://holisticcentral.blogspot.com/.../label/Lyme%20Disease
Posted by Walter Davis at 6:42 PM No comments:

Email ThisBlogThis!Share to TwitterShare to FacebookShare to Pinterest
Labels: Jill Jones-Soderman, Lyme Disease, PROGRESS IN THE WORLD Radio Show, The Foundation For Child Victims of the Family Court

Everything You Wanted to Know About the Pineal Gland

The famous philosopher Descartes described the pineal gland as the “principal seat of the soul.” You’ve probably heard of this gland being the “third eye,” a mystical chakra point residing right in the middle of your eyebrows. It turns out these ideas aren’t too far off. The small, rice-sized, pinecone-shaped endocrine organ known as the pineal gland sits alone in the middle of the brain and at the same level as the eyes.

What Does the Pineal Gland Do?

How you think and feel every day depends on the pineal gland. As the producer of the hormone melatonin, the quality and duration of your sleep relies on how well it produces this hormone. This tiny organ regulates your daily and seasonal circadian rhythms, the sleep-wake patterns that determine your hormone levels, stress levels, and physical performance.

4 Ways to Activate the Pineal Gland

Activating your pineal gland may be helpful for regulating mood, sleep, and energy levels. Here are 4 ways to get started.

1. Get Out and Into the Sun

Sun exposure kick starts the pineal gland and stimulates the mind. Any type of light exposure, either directly or indirectly, activates the pineal gland, prompting it to produce serotonin; the neurotransmitter responsible for mood and energy levels. This is why it’s crucial to avoid light after the sun goes down, because you need your pineal gland to produce melatonin and suppress serotonin. This process can only be accomplished by reducing light from electronics and lightbulbs as much as possible.

Sun gazing is perhaps one of the most controversial exercises you can do to activate the pineal gland. Here’s the basics of the practice: within the first 15 minutes of sunlight at the beginning of the day and then the final 15 minutes of sunlight at the end of the day, you gaze into the sun for a couple of seconds, but only a couple of seconds. Again, sun gazing has its risks. Simply getting out in the sun and having your eyes exposed to light indirectly can help stimulate the pineal gland without having to stare directly.

The pineal gland responds to the bioelectric signals of light and dark, and meditationactivates this bioelectric energy. With practice, you can learn to direct this energy to this highly-sensitive organ.

Modern Problems with the Pineal Gland

Calcification is the biggest problem for the pineal gland. Fluoride accumulates in the pineal gland more than any other organ and leads to the formation of phosphate crystals. As your pineal gland hardens due to the crystal production, less melatonin is produced and regulation of your wake-sleep cycle gets disturbed. [1]
Research also reports fluoride hardening accelerates sexual development in children, particularly in girls. [2] And this is a serious problem as a study from 30 years ago reported 40% of American children under 17 were found to have pineal calcification in process. Since then, we’ve see children, especially girls, experience the early onset of puberty. [3]
In addition to fluoride, halides like chlorine and bromine also accumulate and damage the pineal gland. Calcium supplements can also cause problems. Without enough vitamin D–64% of Americans are vitamin D deficient–calcium does not become bioavailable and calcifies human tissue, including the pineal gland. [4]
Eliminating fluoride may be the best first step for reducing health concerns. Use fluoride-free toothpaste, avoid tap water, and drink filtered water. For the best filtered water, use a reverse osmosis water filter. Eat calcium-rich foods rather than taking calcium supplements if you can get plenty of vitamin D.

5 Ways to Decalcify Your Pineal Gland

If you’ve been exposed to fluoride, your pineal gland has some degree of calcification preventing it from working well. Here are a few ways you can decalcify:

The fruit from the African tamarind tree is extremely effective at removing fluoride from the body. One study found children given tamarind excreted significantly more fluoride in their urine compared to the control group and may halt or even reverse the effects of skeletal fluorosis. [5] [6]

Mix one teaspoon of borax (or boron) in a liter of water and take it in small quantities over the course of a day or two. Consult your doctor before using this method.

These volcanically-produced crystals have recently been discovered as a powerful way to detoxify your body. They break down hardened calcium that forms around toxic metals in tissue and removes these heavy metals from the body.

Regular cleansing enables the body to naturally remove toxins and heavy metals from the body, including fluoride.

Halides like fluoride, chlorine, and bromine accumulate in your tissue if you’re iodine deficient, which is an increasing problem around the world. If you’ve cut back on salt and don’t eat a lot of seafood, there’s a good chance you may be deficient. Symptoms ofiodine deficiency include chronic fatigue, thyroid disease, feeling cold or a low body temperature, and hormone imbalance. To get more iodine, eat foods rich in iodine, [link to article on sources of iodine] or take a colloidal iodine supplement for the best result. 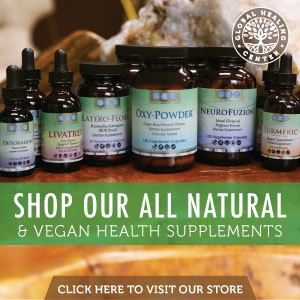 Posted by Walter Davis at 3:44 PM No comments: