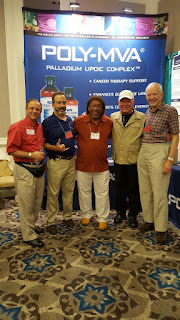 Brian Anderson rounds out the group. He is a long time survivor of cancer http://holisticcentral.blogspot.com/search/label/Brian%20Anderson
— at Universal Studios Hollywood.
Posted by Walter Davis at 2:51 PM No comments: