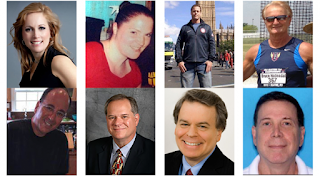 Osteopath Dr. Mary Rene Bovier was found stabbed in her home on August 14th in Sharon, Pennsylvania. Detectives say the official cause of death will be announced following an autopsy, but various media outlets are reporting a stabbing. According to Chief Gerald Smith, a person of interest is being interviewed. “I can tell you that the person we’re talking to is a close friend of hers,” Smith said. No arrests have been made. This marks only the third violent death to have occurred all year for Sharon, making it quite shocking for residents. (source)
Dr. Jeff Bradstreet was the first ‘alternative’ doctor found dead earlier this summer. Journalist Erin Elizabeth(www.healthnutnews.com) got an exclusive interview with his family, who have hired private investigators to get some answers to a long list of questions they have. The main point his family wanted to get across in the interview was that he was a dedicated researcher and MD who was passionate about his work.
A number of patients, including some Erin knows personally, have come forward saying how much Dr. Bradstreet had helped their family. Because of this, Erin says it’s hard for her to believe some of the negative comments circulating about him. He was known for his research and practices of administering human protein, GcMAF. Find out what GcMAF is here. While his offices were raided days before his death, no GcMAF or any other unapproved prescription drugs were found, contrary to what is being said online.
The 7th doctor found dead, Dr. Nicholas Gonzales, had somewhat of a celebrity status, as he helped Suzanne Somers overcome breast cancer. He was a proponent of viewing and treating cancer in a holistic way. To the mainstream medical industry, making a statement like, “The medical community must look at cancer as a type of chronic disease that can be managed indefinitely, much like diabetes,” could be seen as quite threatening indeed. His research was cutting edge and he knew that. In an interview with Vitality Magazine, the late Dr. Gonzales remarked: “I’ve been told drug companies know about my work but hope I get hit by a bus.”
This is eerie because, according to Erin, in his last ever interview (which is soon to be coming out) he mentioned, half jokingly at least 5 times, that his research may get him hit by a bus. He passed away from unknown causes shortly after that interview.
Check out my interview with Erin below.
SOURCES:
http://www.healthnutnews.com/10th-doctor-osteopath-found-slain-in-her-home/
http://www.healthnutnews.com
http://www.vitalitymagazine.com/article/alternative-medicine-takes-on-cancer-and-wins/
http://www.newsmax.com/US/somers-doctors-cure-cancer/2012/02/14/id/429395/
http://www.cbsnews.com/news/police-pennsylvania-doctor-found-stabbed-to-death-in-home/
http://www.wfmj.com/story/29769783/sharon-murder-victim-identified-as-local-doctor

http://scienceblogs.com/insolence/files/2015/07/BradstreetSearchWarrant.pdf
Posted by Walter Davis at 12:01 AM